You are here: Greenwich / Magazine / Brian Paddick: We have fresh ideas and serious solutions for London 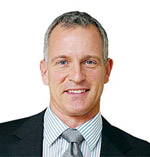 Greenwich has begun 2012 in style by being declared a Royal Borough and is now just a few months away from hosting some of the Olympic events in the summer. Greenwich residents and businesses have a great deal to be excited about. Once the world’s greatest sporting event has been and gone, whoever becomes London Mayor will still have a city of 7.5 million people to look after. Six months ago Woolwich was one of the places worst hit by the riots, and sadly it seemed that London and national media overlooked this. That week, across the city, Londoners were killed and injured and hundreds of businesses were either wrecked or destroyed. Rebuilding the lives of the people affected continues to take time, too long in fact, not least because the Metropolitan Police have still not provided the compensation they are legally required to give.

It’s important to remember that this May, Londoners are not just electing a Mayor but they are also electing a Mayor who will be the Police and Crime Commissioner for London, the only person who legally holds the Metropolitan Police to account. This election will decide the most important elected police chief in the country, and as a former Deputy Assistant Commissioner, with over 30 years experience in the police, I am the only candidate who has the knowledge, experience and expertise to do this effectively. Crime is the number one issue for Londoners and after last summer’s riots, and a sharp rise in robbery and burglary, it is my number one priority as well.

London’s transport is another issue that I am passionate about, and when it comes to Greenwich, river crossings are vital. Boris Johnson’s cable car is a fine example of the many vanity projects he has dreamt up without actually thinking them through and which ultimately do not address the real needs of Londoners. Whatever the merits of a cable car, it will not be a practical form of travel for most people wishing to cross the Thames on a regular basis. Most importantly it was misleading for Boris Johnson to say it would not cost taxpayers a penny when in fact commercial sponsorship only covers part of the multi-million pound cost.

There is a fundamental East West divide in London river crossings. Between Tower Bridge and the Woolwich ferry, there are very few crossings, all of which are frequently congested, and east of the ferry, there are no crossings at all until the QEII Bridge and the Dartford Tunnels. This is holding back economic development in a huge swathe of East and South East London.

A quick, easy and affordable win would be to upgrade the Woolwich ferry - modern vessels would increase capacity and reduce queuing time. That said, ultimately a new bridge or tunnel is necessary, but not one that only meets the needs of motorists and commercial vehicles. It must be cycle friendly and provide priority for bus services. We want to dissuade long distance drivers from using such as crossing as a shortcut so a toll to suppress demand from long distance drivers, but making it free for local residents and businesses should be considered.

Cycling is also a top issue for Londoners and Greenwich has many active cyclists, who have sadly been let down over the last two years over the fiasco relating to the Greenwich and Woolwich tunnels. Despite this, there are many more people who do not cycle regularly at the moment because they feel unsafe, as the traffic is too heavy, too fast, and not physically segregated from cyclists. Too many junctions present major hazards to cyclists. There is a danger of cycling continuing to be the preserve of the athletic and the brave rather than for everyone. We really need to do more to ensure that people of all ages and especially women feel safer cycling.

We need to reverse the current Mayor's obsession with speeding-up traffic and his refusal to make junctions cycle-friendly as a consequence. Wherever possible, we need to put a physical barrier between cyclists and motorised transport, we need to give cyclists priority at junctions where segregation is not possible (a cycle only traffic light phase) and with priority given to every junction on so-called "cycle superhighways" to ensure cyclists are safe.

In the next couple of months I will be letting Londoners know exactly what the London Liberal Democrats promise to deliver if you vote for us. We have fresh ideas and serious solutions for London, and a radical Liberal Democrat manifesto that will show voters in the city that there is a real and really positive alternative to the tired, same old messages of the other two candidates.

Brian Paddick is the Liberal Democrat candidate for the London mayoral election in May. For information on the election and elections to the London Assembly, visit LondonElects.org.uk.