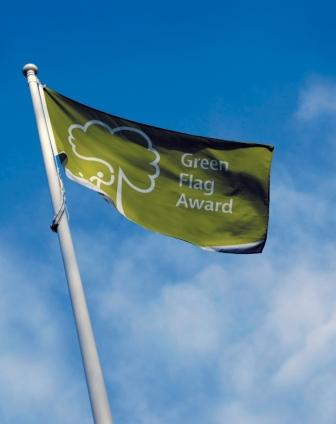 The borough of Greenwich has increased its tally of Green Flag awarded parks in the latest winners list which has just been announced.

East Greenwich Pleasaunce, Blackheath (in association with Lewisham), Well Hall Pleasaunce and Sutcliffe Park all retained their Green Flags, with Horn Park and Eltham Parks North & South getting the honour for the first time.

Cllr John Fahy, Cabinet Member for Culture and the Olympics commented “I’m really pleased that six of our parks have been rewarded with a Green Flag Award.”

Greenwich Park, which is under the control of the Royal Parks Agency rather than the council, also had its Green Flag renewed.