THE FRIENDS of St Alfege Park have been banned from undertaking "any work whatsoever in the park," while a new photo has raised questions about when headstones were first smashed.

The decision to forbid the Friends from working in the park was taken by the Cabinet member responsible for parks, Cllr John Fahy, and relayed in an email from Chair, Tim Delap, which has been seen by this website.

The email from Mr Delap says:

"I think that we are being made a scapegoat for the destruction of gravestones by the Probation Service community payback team, who did the actual destroying. It was never our intention as a Friends group to damage gravestones, only to move them to make way for the community garden facility and then reuse them as paving in another project.

"I have as you know issued a public apology both personally and on your behalf, and had hoped that that would be sufficient. It appears not, and I am afraid that we are to be sacrificed on the altar of political expediency."

Doubt will hang over the future over the group with it confined in future only to promoting events in the park. The Chair goes on to say in his email:

"In banning the group, I personally think that the baby is being thrown out with the bathwater and that John is doing more harm to the park than by allowing us to continue under closer supervision, which we would have welcomed."

Following the outcry at the destruction, Councillor Fahy ordered the removal of the broken headstones and their storage at a secure location while consideration is given to creating a "memorial heritage path" or a rockery, in consultation with groups such as English Heritage, The Georgian Group and the Mausolea and Monuments Trust.

An Extraordinary General Meeting is being called by the Chair of the Friends to discuss the future of the group.

Uncertainly lingers over the chronology of events in St Alfege Park which led to historic headstones in the deconsecrated churchyard being smashed to smithereens.

In his email to Friends, the Chair says it was the Payback Workers that "did the actual destroying" but the Probationary Service has suggested they were continuing work that was already under way.

They say that other than one day in July, they only worked on the headstones in SEPTEMBER but Greenwich.co.uk has obtained a photo of smashed headstones taken in AUGUST.

A spokesperson for the London Probation Trust told Greenwich.co.uk:

"Work began on the Community Payback project in St Alfege Park in June 2011 and consisted of clearing an area to create a new raised flower bed.

"Aside from one day removing headstones in July no other work took place regarding removal/breaking up of stonework until September."

This photo showing a pile of smashed headstones in the park was taken on August 30th by local illustrator Sarah McIntyre for her blog. 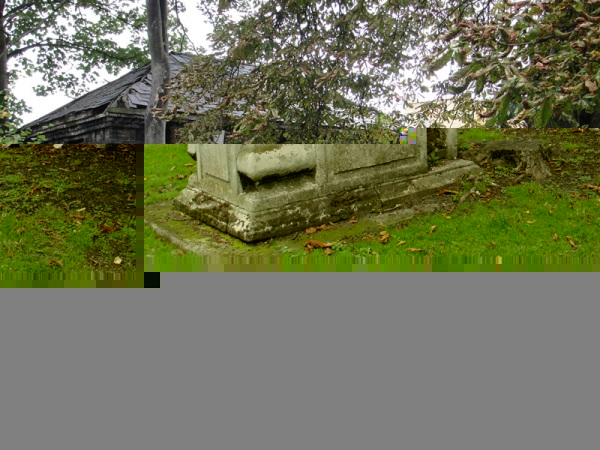 Council officers are currently investigating the incident to ascertain exactly what happened.

The controversial destruction of headstones in St Alfege Park caused outrage and made headlines on websites around the world, and was featured in the Daily Mirror, Private Eye, the Evening Standard and this month's edition of Family Tree magazine.

Read all of Greenwich.co.uk's coverage of the St Alfege Park controversy

An FOI request was submitted to the London Probation Trust asking them to provide a log of all their activities and visits to St Alfege Park during 2011. The results are published below: