You are here: Greenwich / News / Bronze statue from Ancient Olympia heading to Royal Borough of Greenwich

THE ROYAL Borough of Greenwich has been chosen as the recipient of a gift to London from Ancient Olympia - a new bronze sculpture.

The 700kg sculpture of Nike the Greek Goddess is almost 4-metres tall and was created at the Kaparos Foundry in Greece.

The sculpture, which is currently in transit across Europe, is expected to arrive in the UK later this week and will then be moved to its new home at the Royal Arsenal, Woolwich.

It had been hoped the sculpture would have arrived last week when the Mayor of Ancient Olympia, Efthymios Kotzas, attended a reception in Woolwich, but he instead presented the Mayor of Greenwich, David Grant, with a model of the sculpture (see below). 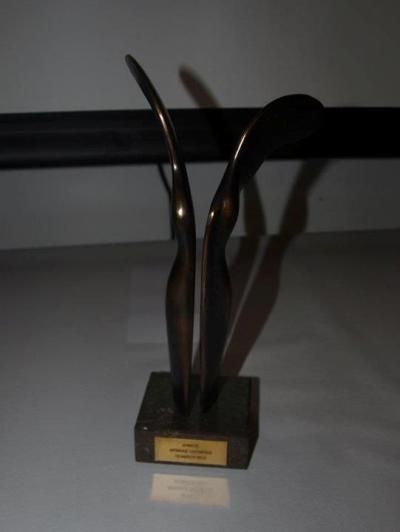 UPDATED - The bronze statue will be unveiled at the Royal Arsenal on 9th September.