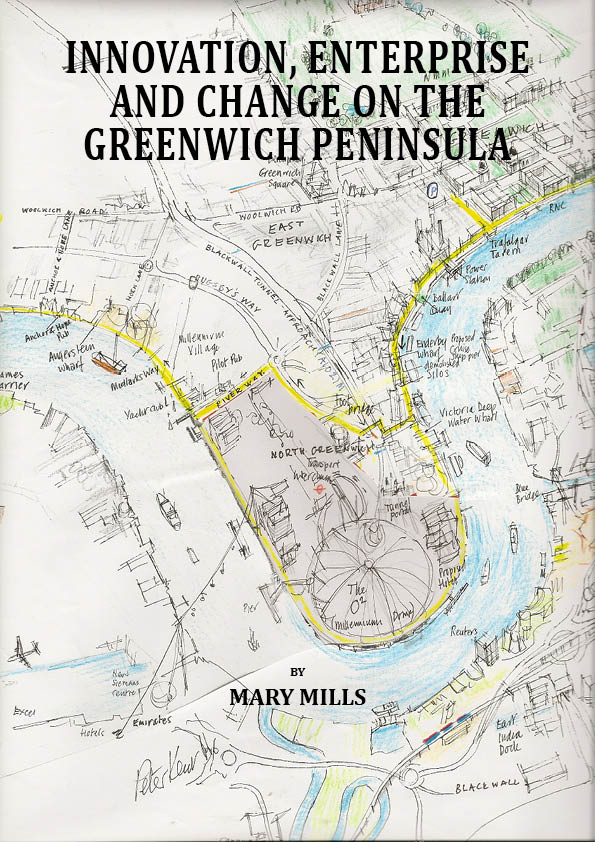 A NEW book telling the story of Greenwich Peninsula has been released by local historian and former councillor Mary Mills.

Innovation, Enterprise and Change on the Greenwich Peninsula explains how industry started on this former marshland when monks from Ghent built a tide mill in the 12th century.

The book rattles through the developments since then which include gunpowder works, rope making, cable making, automatic linoleum production, ship building, the gas works and the Millennium Dome.

An eye-catching drawing of the peninsula by acclaimed Greenwich-based artist Peter Kent adorns the front cover of the book which features old and new photographs inside.

The book was officially launched on Tuesday evening at The Hub, a stone's throw from the O2, where Deputy Leader of Greenwich Council, John Fahy, paid tribute to Mills and the new book.

Self-published and printed in Greenwich, the book costs £8 and is available now in selected local shops - Sabo's and Warwick Leadlay Gallery, initially - or can be bought online.

Made it back tonight just in time for the launch of @maryorelse's new history of the #Greenwich Peninsula. pic.twitter.com/k3rDoAy6EB