You are here: Greenwich / Things To Do in Greenwich / Zombie Experience in the Royal Borough of Greenwich 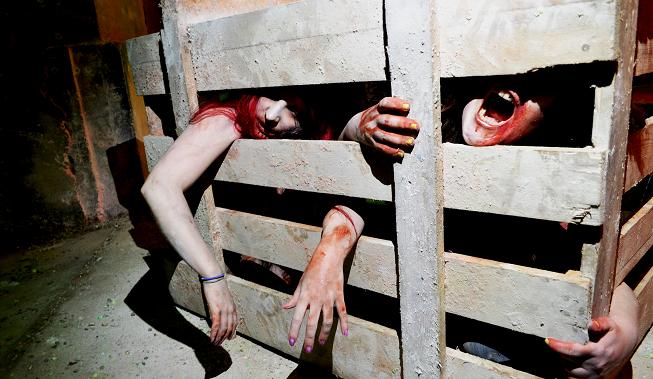 There's a battle raging against the undead below the Royal Borough of Greenwich and your help is needed to defeat the zombie threat!

A brand new zombie battle experience has been launched at a secret location in the borough, close to the Thames Barrier, where those brave enough can go toe-to-toe with the flesh eating enemies.

After getting a mission briefing from the Undead Response Unit commanders at the bunker location on the border of Charlton and Woolwich, you'll select your weapons and go on 3.5 hours of missions against those that would eat your brains given half a chance.

The London Zombie Battle Experience costs £115 for each combatant and tickets are available from the nice people at Wish.co.uk (yes, the same folk who supported Blackheath Fireworks in 2011 with a nice donation).

You can join the fight against the cast of zombies in this exciting experience, as seen on the The Only Way Is Essex, in an underground bunker on many Saturdays and Sundays each month - follow the link below to see what zombie battle experience dates are coming up soon.