You are here: Greenwich / Magazine / The Cost of Love: Valmike Rampersad Q&A

Valmike Rampersad is one of the stars of The Cost of Love - the low budget movie made in Greenwich by local director, Carl Medland.

A graduade of the Central School of Speech and Drama, Rampersad has appeared in several movies and recently shot his first his first Hollywood feature, 'The Exquisite Continent' with Emmy Nominated Director, Stephen Gyllenhaal ('Losing Isaiah'). He took time out from filming in LA to answer some questions about his role in The Cost of Love, which is released today on DVD. 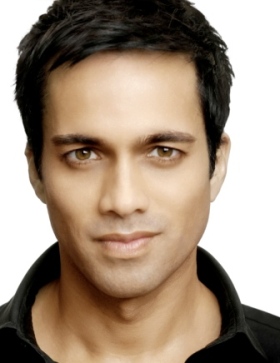 How did you get the part of Raj in the Cost of Love?

I met Carl Medland (Director) at a screening of a friend's film and he asked if I would be interested in auditioning for the role. The synopsis sounded too good to pass up, so Carl sent the script and I thought it was excellent. I then met with Carl and read for the part.

What attracted you to the character?

It was one of those scripts that you just wanted to keep reading until you get to the end - a real page turner. I was keen to be a part of this film because it is very different from any of the others I have done and it gave me a chance to be a character that brought me out of my comfort zone - one that is very different from me. My character, Raj, is also based on a very good friend of Carl's, which helped to make him more real.

Can you explain a little about the role of your character in the movie?

Raj is a cardio thoracic surgeon who has the world on his shoulders, but he hides his feelings from everyone. His fiance is dying from cancer and the reasons for his marriage to her are unclear. He is ultimately conforming to doing the right thing. Dale, a male escort (played by Christopher Kelham), is Raj's best friend from childhood and is in love with Raj. Raj has the life that Dale wants - a good job, a fiance, a steady income etc. Raj's life is intertwined with all of the other colourful characters in the film and in some way we all affect each other by one of the many types of 'love' at whatever the cost. Dale offers Raj an escape from his daily routine lifestyle, along with a sense of security.

The movie was made on a low budget and is very Greenwich-centric... what was it like to work on?

Indie low budget films are often the most fun. It was very professionally done and beautifully shot, all on schedule and with a really excellent crew, most of whom I am still in contact with. Carl is also an excellent Director - he knew what he wanted in each scene and he knew how to achieve it from his actors. Playing 'Raj' opposite Christopher Kelham (Dale) was made that much easier because Chris did such a brilliant job. He really put a lot into creating his character and was a fun person to work with.

Many people will fondly remember Michael Joyce who appears in the movie but died tragically before it came out. Do you have any memories of him?

Michael made everyone on set laugh. He was such a happy guy, always colourfully dressed and smiling. I had the joy of shooting a couple of scenes with him and he really was brilliant to work with. I actually couldn't stop laughing whenever he was around!

Who do you think the movie appeals to?

I think the film speaks mostly to a gay audience but there are as many straight characters as there are gay, so hopefully with all the various stories going on in the film, it will appeal to everyone.

What have you worked on since The Cost of Love and what can people see you in next?

I am currently spending a fair bit of time between Los Angeles and London. I had a wonderful opportunity shooting with Emmy Nominated Director, Stephen Gyllenhaal on his film, 'The Exquisite Continent', in LA. I am also working on two other projects in LA but not allowed to say what they are for now! I shot a film called 'The Rise and Fall of John Tesoro' in Trinidad, where I was born, which was a lot of fun. It was nice to be able to go to work and then head back to my whole family at the end of the day, not to mention the home cooked food! The film is now doing the film festival circuit. I shot a print and commercial campaign for Nivea as one of their new faces, celebrating 100 years of Nivea, which has just launched. Hopefully a couple of other features I shot last summer will be out soon - one is called 'London Life' and the other still has a working title.

You can find out more about Valmike at his own website.

The Cost of Love is available on DVD from today.