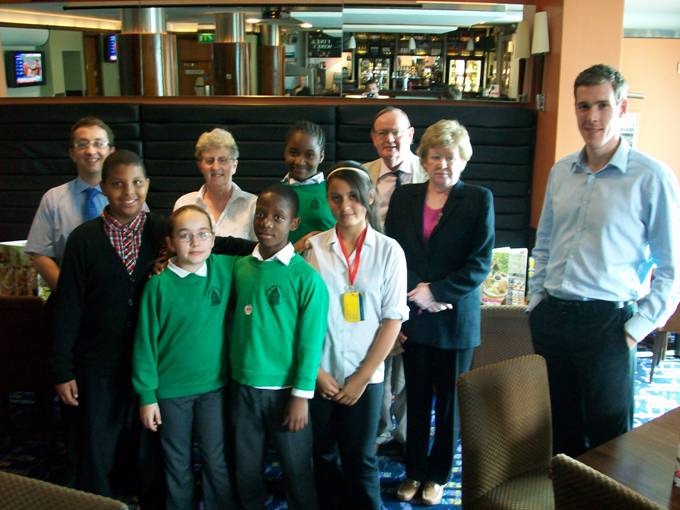 Concerned children from a Greenwich primary school have met with the landlord of a neighbouring pub to call for improvements to their local area.

Pupils from St Alfege with St Peter’s Church of England Primary School, along with their headteacher, Hazel Burnie, met with Sean Brogan, manager of the Gate Clock in Creek Road. They were joined by all three Greenwich West ward councillors - Maureen O'Mara, David Grant and Matthew Pennycook.

A plan was agreed which includes the Gate Clock pledging not to sell alcohol off-licence to be consumed outside the premises, a bigger effort to deal with litter and a promise to remind customers that areas near the pub are part of a 'no drinking zone'.

The children’s work is part of South London Citizens’ CitySafe campaign, a community-led response to crime and the fear of crime in the capital.

“As a school, we take citizenship very seriously, and that’s why we are members of South London Citizens. We are keen to work with our neighbours to improve our local area. We are pleased about the relationship that is developing between our school, the landlord of the Pub next door to us, and our local councillors. There’s so much we can achieve together.”

“As local councillors we congratulate the school on this initiative. Anti social behaviour blights everyone's lives and we are pleased to work with the school to tackle it.”

“I feel the meeting was very beneficial for us to see a different perspective on our business and how it is viewed by the younger generation. I gained valuable information on how they felt about the surrounding community and businesses, and was pleased to learn about their views on litter and minor crime.”