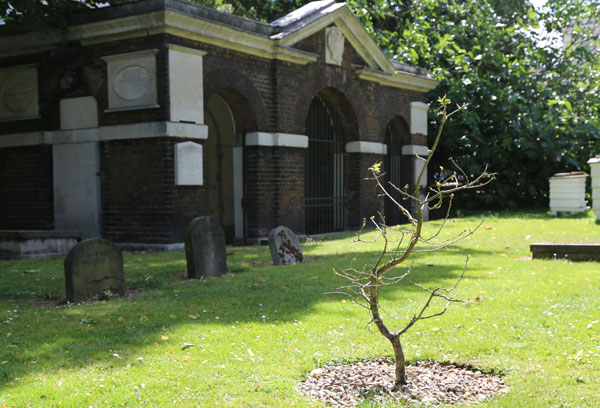 AN OAK tree planted in memory of Vice Admiral Hardy was unveiled in Greenwich yesterday.

The planting of the English Oak marks the 180th anniversary of the appointment of Sir Thomas Masterman Hardy as the Governor of Greenwich Hospital in 1834. He was the flag captain to Lord Nelson and it was to he that Nelson famously said "kiss me, Hardy" as he lay dying.

The tree, planted by the Nelson Society, is close to the old hospital mausoleum in the grounds of Devonport House under which Hardy was buried following his death in 1839.

The unveiling was carried out by Paul Ganjou, Chairman of the Nelson Society. The new leader of Greenwich Council, Denise Hyland and deputy mayor of Lewisham, Alan Smith joined Richard Upton, CEO of Cathedral Group - owners of Devonport House - at the event.

Richard Upton commented: "I am delighted Cathedral Group has been able to plant the Hardy oak tree near to Hardy's burial place. It was a pleasure to welcome the new leader of the Royal Borough of Greenwich and the deputy mayor of Lewisham to Devonport House. I look forward to there being a closer working relationship between the two neighbouring boroughs." 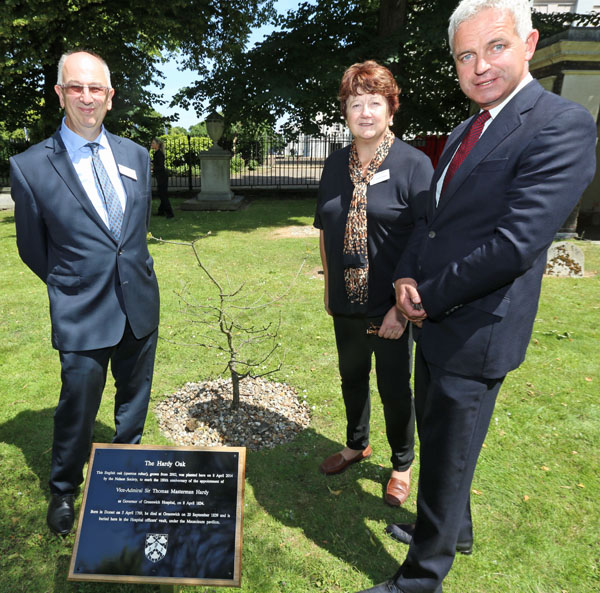 Local MP Nick Raynsford and St Alfege's Chris Moody were also in attendance, along with representatives from the Nelson Society, Devonport House, Greenwich Hospital, the Greenwich Foundation, the Greenwich Society, the 1805 club and local businesses.

The blessing of the oak was carried out by Revd Susan Blackall from the Old Royal Naval College chapel.

Almighty God, bless this oak,
that it may grow in strength, beauty and resilience
and that it may inspire the lives of all who pass this way
with the example of Vice Admiral Sir Thomas Hardy,
in his heart of oak
and in his loyalty and love
for his friend, Lord Nelson, and for his country,
and for you, most steadfast and loving God:
in the name of the Father, and of the Son, and of the Holy Spirit.
Amen. 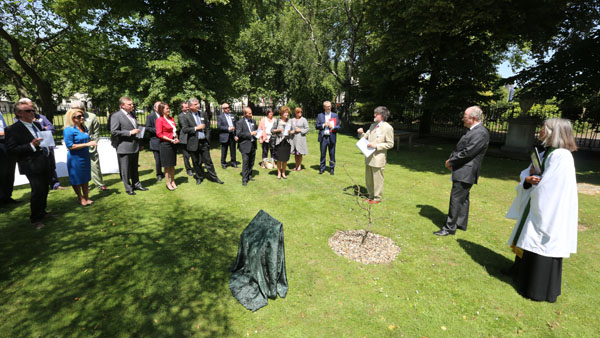