You are here: Greenwich / News / New Christmas cards from Greenwich.co.uk on sale now

Both of the cards show pictures of Greenwich Park taken during the snowfall of January 2013.

The first image shows the famous view of maritime Greenwich and Canary Wharf from the Wolfe statue, and the second is the view in the opposite direction, up towards the Observatory.

The A6-sized cards have been produced again for Sabo's newsagents in Stockwell Street and are available in packs of 10 for £6.

Alternatively, a limited number of the Greenwich Christmas cards are also available to order online.

Local scenes also feature in the photo calendar created by our sister website OnTheThames.net. Now in its 5th year of production, the calendar features images from up and down the tidal Thames and includes tall ships at Greenwich and a striking sunset seen behind the Thames Barrier.

The On The Thames 2018 calendar is available to buy locally at Sabo's, the Warwick Leadlay Gallery and at the kiosk by the northern entrance to Greenwich Foot Tunnel. From Friday 1st December it will also be available at the Old Cottage Coffee Shop in Charlton. The calendar can also be ordered online. 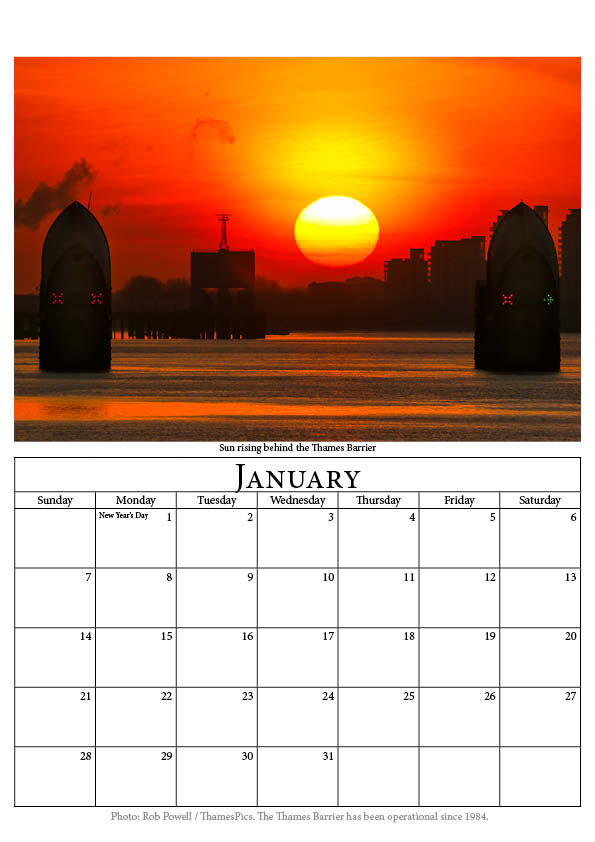