It's that slightly infuriating day in the year when you can't trust all that you read as folk try and catch you out with an April Fools' Day joke. I did one when a few years ago when I put an article on the site saying there had been a spelling mistake in the Queen's Royal Charter and the borough had been named as Royal Greeenwich (with three Es) in error - I believe it did fool a few people!

This year, however, I've gone in to the newspaper archives and found a fascinating tale of a joke gone wrong 100 years ago today. 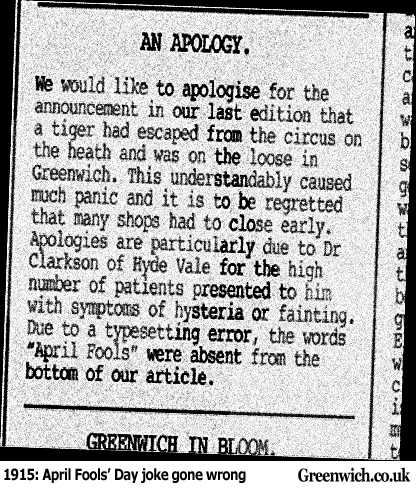 Hundreds of retweets later, I can admit that the idea that this was a real joke gone wrong a hundred years ago, was itself actually a joke. 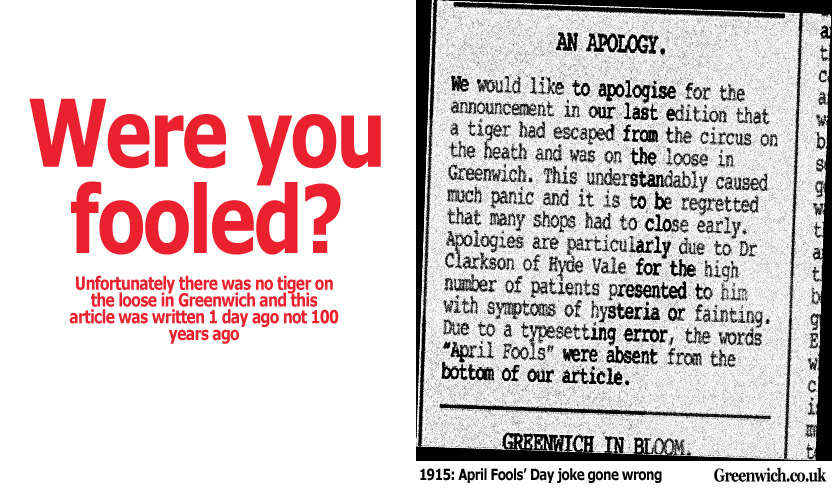