Buildings across London once again throw their doors open this weekend and allow visitors to see many places they might not normally be able to see. Places in the Royal Borough of Greenwich taking part are:

Councillor Peter Kotz, Cabinet member for Culture and Creative Industries, said: “Open House London provides a fantastic opportunity for Royal Greenwich to once again showcase its rich heritage and contemporary achievements for residents and visitors. We are proud to open the doors to our favourite buildings and I would encourage everyone to get involved with this free event”.

More more information, and to find out which venues need to be booked in advance, visit the Open House London website.

If you want to venture outside of the Royal Borough, you will also find a Greenwich connection in Tottenham. Local architects bptw have worked on a six year restoration of Tottenham's Grade II Listed Edwardian Baroque Town Hall.

bptw’s lead architect Mark Jefferson commented, ‘’Restoring Tottenham Town Hall and helping bring it back into useful life was one of the most satisfying and rewarding projects I have been involved with.”

Metro's charity Drag Race returns to the streets of Greenwich on August 18th and will be started by the mayor and ward councillor, David Grant.

Participants must wear drag and Drag Queens are required to wear a heel of at least 2 inches. Drag Kings must sport facial hair. Prizes will be awarded for the winning Drag King and Drag Queen of the race as well as the best drag ensembles and most money raised.

The Race will start from the Prince of Greenwich pub on Royal Hill and will take in Royal Hill, Hyde Vale, King George Street and Point Hill with live entertainment, barbecue, raffle and stalls taking participants and supporters through the evening.

In this important year for London, we want to make METRO Drag Race 2012 the best ever and we are encouraging everyone across the capital to get involved by registering to take part, sponsoring participants and promoting the event to others via Twitter, Facebook and any other way you can. Please feel free to use our hashtag #MetroDragRace2012 and get on board to support our work providing health, community and youth services.

To register to take part contact Hugh by emailing hugh@metrocentreonline.org or by calling 020 8305 5000 x.148

St Alfege Park, the National Maritime Museum, the Borough Halls, the Old Royal Naval College and West Parkside on the peninsula are among the backdrops for the vibrant collection of performance pieces.

One of the most spectacular shows to look out for is Prometheus Awakes on Friday night at the National Maritime Museum. A fiery interpretation of the Greek myth is promised by La Fura dels Baus and disabled-led theatre company, Graeae.

Originally banned in the 19th century and revived at last year's GDIF, the Greenwich Fair will again take place this weekend, promising a packed programme of street art around the town centre. Look out for a 'The Man Who Lost His Buttons' - a Catalan performance atop a swinging pole - in Cutty Sark Gardens and a demonstration of acrobatics and dance from female street dance company Mimbre with 'Falling Up'

To learn more about all the events at the Greenwich + Docklands International Festival, visit their website. Picnics, parties and pageants are in store as Greenwich readies itself for a four day weekend.

Things get started with the Lovely Jubbly Picnic in East Greenwich Pleasaunce on Saturday (2nd June) where there will be live music, circus performers, rum punch and lots more. The ParksFest event, held in association with The Friends of East Greenwich Pleasaunce, runs from 12pm - 5pm, so head down tomorrow afternoon with your picnic blanket and sandwiches.

Across the borough in Plumstead, the annual Make Merry makes a welcome return after its absence last year. New mayor of Royal Greenwich, Cllr David Grant, will officially open the Make Merry and then there's a packed afternoon of events and entertainment lasting until 6pm.

The spotlight moves to Greenwich's Old Royal Naval College on Sunday where the Big Jubilee Lunch will take place between 12pm and 5pm. A lunch table two thirds of a mile long - the longest ever, say organisers - will be set up and there will be live entertainment and activities.

You will also be in a perfect spot to see much of the Diamond Jubilee River Pageant. The flotilla's official route ends at Tower Bridge but the majority of boats taking will carry on past Greenwich and the specially commissioned Royal row barge, Gloriana, will dock at Greenwich Pier.

Over in Eltham at Well Hall Pleasaunce, the Jubilee Sunday Fayre, will take place between 10am - 5pm with donkey rides, Punch and Judy and a soul choir among the attractions on offer.

Street parties, such as the one in Eastney Street, Greenwich, will be happening across the borough over the weekend - the council has approved sixty of them.

Four beacons will be lit on Monday evening across the borough as part of the Queen's Diamond Jubilee Beacons. With the help of local scouts and cadets, beacons will be lit at Cutty Sark Gardens and the O2 in SE10, and also at General Gordon Square and Eaglesfield Park.

If you're out with your camera over the Jubilee weekend, please feel free to share any photos to be included in our Daily Photo section next week. Email them to rob@greenwich.co.uk

A JUBILEE picnic, a 1948 style fete and a dog show are just some of the events taking place in East Greenwich this summer.

To mark the Queen's Diamond Jubilee and the staging of the Olympic games in London, a series of events have been designed to bring the community together.

The first event of the East Greenwich Community Festivals events is a Jubilee Picnic in East Greenwich Pleasaunce on June 2nd. Then a special welcome is being organised for the Olympic Torch Relay as it travels down Woolwich Road on Saturday July 21st.

The main event comes in August when there will be a two-day 1948 fete in the pleasaunce where there will be music, food and drink, baking competitions, the dog show and lots more.

To help bring it all together, the organisers are looking for performers, craftmakers, cooks and artists as well as businesses who might want to hire a stall or make a donation.

To get involved, you can sign up here or get more information from Pistachios in East Greenwich Pleasaunce or the Greenwich Communication Centre on Trafalgar Road. 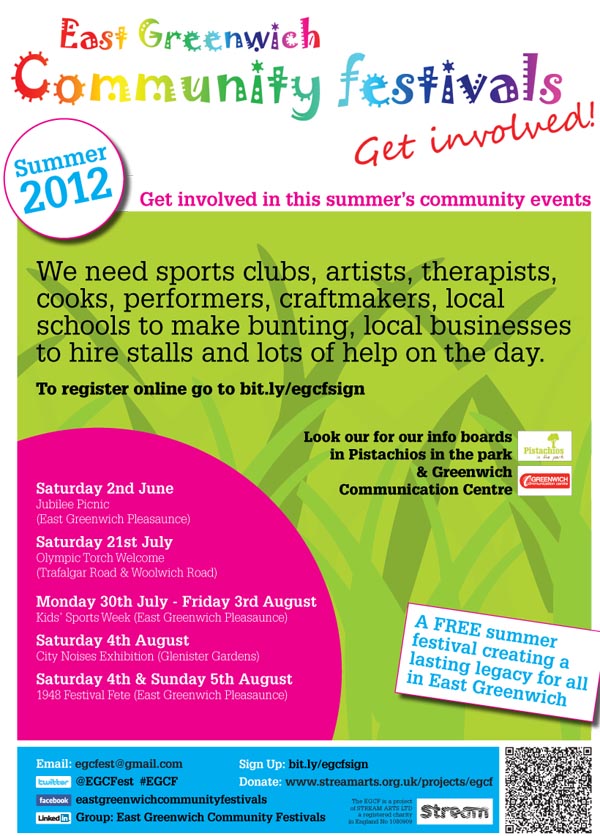 THERE will be laughs aplenty when the Greenwich Comedy Festival returns this summer.

Part of the Greenwich Festivals season, the comedy spectacular will take place from 13th to 20th July. It's the festival's fourth year and it will again be held in the grounds of the spectacular Old Royal Naval College.

The line-up includes some of the biggest names in stand-up comedy such as Sean Hughes, Rufus Hound, John Shuttleworth and Stephen K Amos. 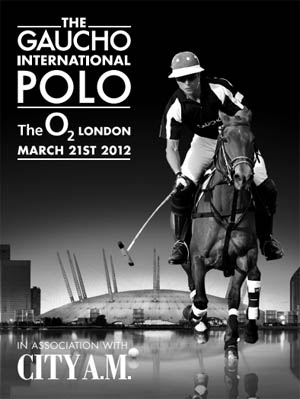 With the familiar sight of mounted police in Greenwich, the imminent London 2012 equestrian events, the recent arrival of the King's Troop and the planned equestrian training centre on Shooters Hill, the Royal Borough of Greenwich may be the horsiest borough in London. Those equine credentials look to be boosted further when the O2 plays host to an International Polo event again later this month.

Gaucho will host The Gaucho International Polo event at The O2 on March 21st. The evening will combine spectacular sporting action with live world music from Bajofondo, Argentinian wine tasting sessions and then a "White Jeans Party" where for every guest wearing white jeans, one pound will be donated to the British Forces Foundation.

On the field of play, Scotland will take on Ireland before the main clash between IG Index’s England and Argentina.

“Gaucho are delighted to be working with the HPA to create an annual International Polo match at the O2- I hope that it will grow to rival the success of the former ‘HPA Cartier International Polo’. This year we have created what promises to be an amazing Gaucho Polo Party: The Argentine wine tasting lounge and Bajofondo concert are included in the event and all tickets, while the ‘White Jeans’ charity theme and after-parties will keep the event casual and a lot of fun.”

WIN 2 TICKETS FOR THE GAUCHO INTERNATIONAL POLO AT THE O2

Greenwich.co.uk has two tickets for the Gaucho International Polo at the O2 to give away, including admission to the afterparty. To enter the competition, please answer the following question:

Please email your answer to polo@greenwich.co.uk. Entries close midday on Monday March 12th. A winner will be selected at random. Please only enter the competition if you're free to attend the event on the evening of March 21st at The O2.

GREENWICH Council has released details of the celebrations that will take place in Greenwich town centre to mark the bestowing of royal status on the borough.

The all-day celebrations on February 5th include:

A day earlier, Eltham will mark the day with a range of events including Eltham Palace being free for the day. On the day the borough goes royal, the 3rd February, there will be a musical fireworks display in General Gordon Square, Woolwich.

A crowd of up to 100,000 is expected to gather for the annual Blackheath fireworks spectacular this weekend.

The action kicks off on the heath at 8pm on Saturday 5th November, and there will be food stalls and a licenced bar available.

The popular event, which is free to attend, is now funded by Lewisham Council with the help of public donations and these larger sponsors:

Further donations are sought by the council, online and on the night, to help fund the event which was previously financed by jointly by Lewisham and Greenwich councils. 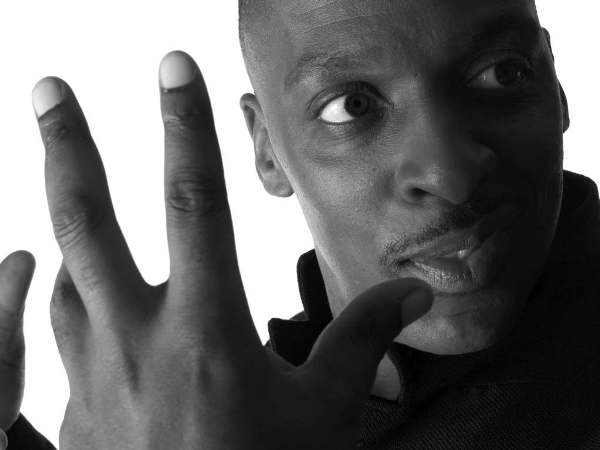 Trinity Laban’s World Choir course is offering you the chance to perform alongside the award winning singer, Cleveland Watkiss.

World Choir rehearsals will begin at the end of this month with the course culminating in a final performance at Blackheath Halls in November.

Cleveland (pictured above), winner of the London Awards ‘Best Vocalist’ 2010, co-founded the Jazz Warriors in 1985 with Courtney Pine and has worked with many musical influencers including Bob Dylan, Wynton Marsalis, The Who, Bjork and Stevie Wonder.

Cleveland said: “Jazz is an incredibly encompassing and influential genre capable of assimilating and absorbing all kinds of music. Trinity Laban’s World Choir is a great opportunity to involve the local community and aspiring jazz vocalists in music making and I look forward to performing with them.”

Nia said: “The great thing about this course is that you don’t need to know how to read music. We learn songs by ear so adults of all musical abilities can get involved. Whether you’re an experienced jazz singer, a budding amateur or you just want to try something new, this course is for you.”

The project is part of Greenwich Jazz which is produced by Trinity Laban Conservatoire of Music and Dance in partnership with Greenwich Council, Serious and the London Jazz Festival.

The course costs £50 (£15 for Greenwich Card holders) which includes rehearsals over six weeks and the final performance. For further information or to book visit www.trinitylaban.ac.uk/worldchoir, email ed.comm@trinitylaban.ac.uk or telephone 020 8305 4367.