The Olympic Torch Relay completed its visit to the Royal Borough of Greenwich yesterday. Starting its journey behind the security fences of Greenwich Park, viewed by the accredited few, the flame emerged into public view in the Old Royal Naval College.

By the time it reached Cutty Sark Gardens, where crowds had been gathering in anticipation, it was being clutched by famed sailor Sir Robin Knox-Johnston as he completed a single-handed circumnavigation of the restored tea clipper.

A few seconds after appearing in view, the sprightly 73-year-old had disappeared again as he made his way down College Approach. Sir Robin Knox-Johnston is a trustee of the Cutty Sark Trust. Officers from HMS Ocean lined up beside the Cutty Sark as the Torch came past, and posed for photos after

The torch then continued on its tour of the borough. 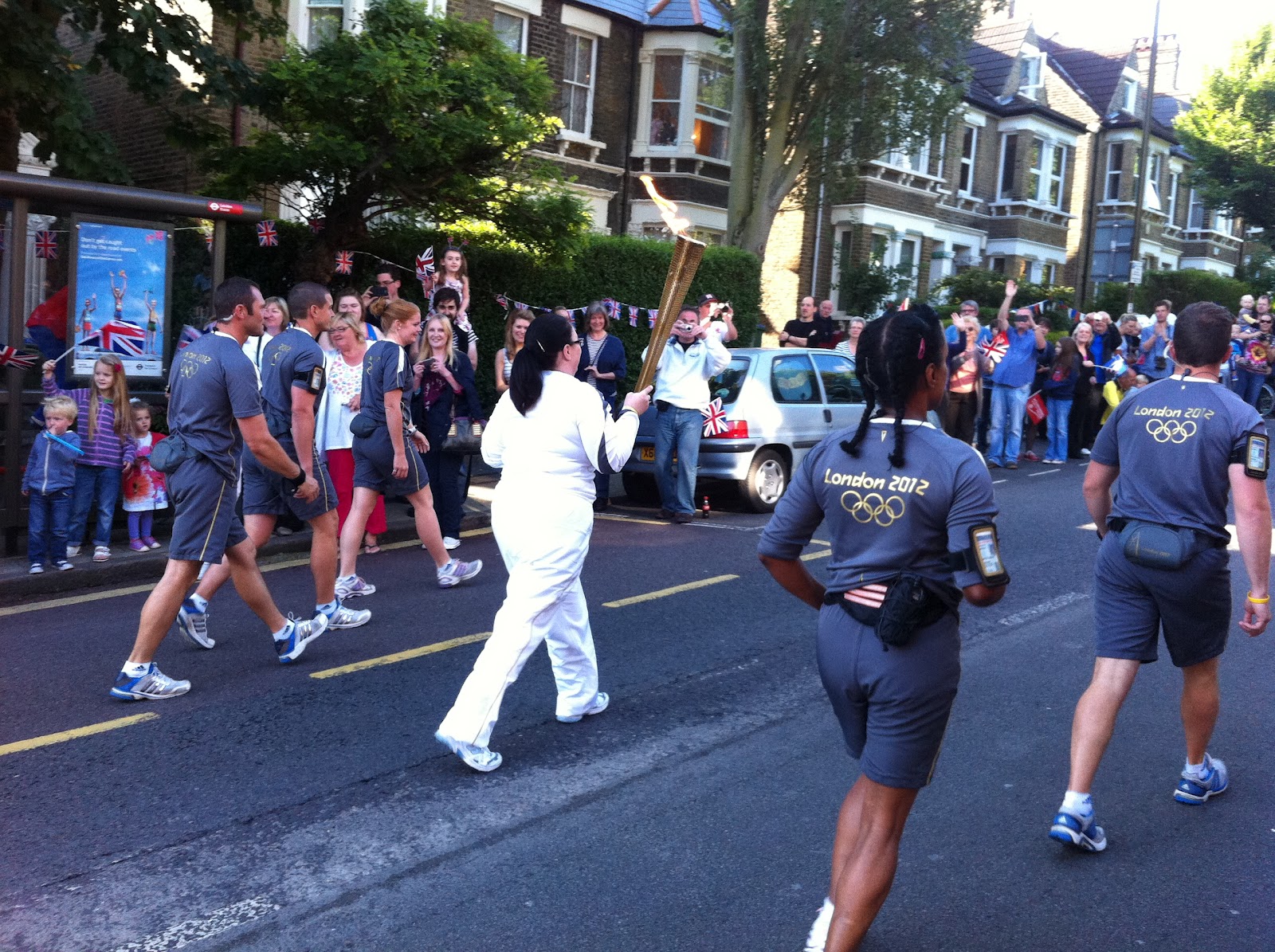 Being carried up in Westcombe Hill - photo from Charlton Casual blog. 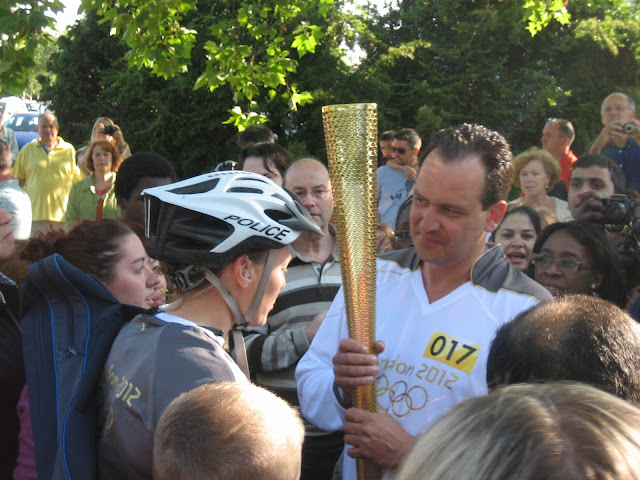