You are here: Greenwich / Magazine / Nick Raynsford: The Challenge of Regenerating Greenwich 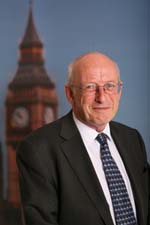 Greenwich is a place of paradox – at the same time very familiar and yet unknown. Mention Greenwich to people living elsewhere in Britain or indeed overseas, and it will almost always strike a light. The home of time, site of the Prime Meridian, location of some of the country’s finest baroque architecture, the magnificent Royal Park with its unparalleled views over London. These are just some of the characteristics that make Greenwich world famous.

But much of the locality remains largely unknown beyond the Borough boundaries. The acres of formerly derelict land on the Greenwich Peninsula might until recently have been part of a different planet. The terraces of housing in East Greenwich nestling at the bottom of the Blackheath escarpment are equally unfamiliar. And traveling east towards Charlton, the swathe of retail and commercial buildings lying between the Anti-Gallican Pub and the river – once the historic ropewalk, so redolent of Greenwich’s naval history – are as anonymous as similar sheds in countless other cities.

When I was first elected MP for the area in 1992 another paradox of Greenwich was brought home to me brutally by an event which shocked the country. The murder of Stephen Lawrence just across the constituency boundary in Eltham, but very much part of the Borough, was a savage reminder of the problems confronting the area. Greenwich had suffered more than most parts of London from the collapse of the traditional heavy industries that had once provided the area’s economic bedrock. In the atmosphere of decline and despair that appeared endemic at that time, it was hardly surprising if racism and inter-communal conflicts reared their ugly heads.

It taught me early on in my time as an MP, the importance of bringing investment, economic development and regeneration activity that would not only create new jobs, but build aspiration, skills and hope. Transport was clearly critical. The shortage of efficient and reliable links to central London and across the river was a major obstacle to new investment. The arrival of the Jubilee line, the DLR and a long overdue riverbus service has begun to redress the balance. Better bus links and easier interchange between different transport modes as oystercard is extended to surface trains will also help. So too will continuing improvement in the reliability and frequency of South-Eastern train services.

But if improved accessibility is vital, so too is the replacement of the largely defunct 19th century industrial base with employers likely to thrive in the very different economic climate of the early 21st Century. Creative industries are an obvious example, with strong links to higher education. So the arrival of Trinity and Laban, the University of Greenwich on the old Royal Naval College site, Ravensbourne College and the O2 on the Peninsula have made and will continue to make a very significant impact on the local economy as well as the area’s cultural vitality.

Another paradox has been tourism. While Greenwich is internationally renowned, it has not realized the full economic benefit of that fame. Most visitors come as ‘day trippers’ admiring Greenwich but returning mainly to central London in the evenings, where the great bulk of their spending also takes place. Yet Greenwich is a beautiful place to stay, and local businesses would benefit from more overnight visitors, so the development of a wider range of hotels is also vital to the area’s long-term economic strength.

The key to successful regeneration is effecting change while protecting and preserving the best from the past. In Greenwich more than almost anywhere else on earth that is the challenge to which we must rise.

A donation was made to the Greenwich Association of Disabled People in lieu of payment for this article.