You are here: Greenwich / News / Local councillor warns of “return to Rachmanism” 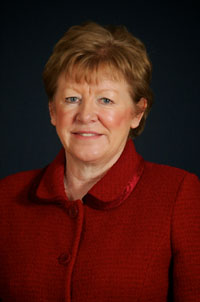 COUNCILLOR Maureen O'Mara warned against a "return to Rachmanism" at a council meeting last week.

O'Mara said the borough had a "hidden population" living in houses of multiple occupation (HMOs)  at risk of exploitation.

The Greenwich West councillor, who has cabinet responsibility for community safety, said:

"HMOs are growing and growing and what they're doing is exploiting the kind of people forced to go and live in these kinds of accommodation. What we need to do is find out where they are because... I think there is a huge hidden population living in our borough who we don't know about. We need to tackle this problem because if we don't, we could see a return of Rachmanism."

The term "Rachmanism" refers to the type of exploitation of tenants that was practiced by London landlord, Peter Rachman in the 1950s and 1960s. Councillor O'Mara added:

"Rachmanism is something we can never go back to because  people's lives were made hell by Rachman. As a local authority, not just here but across London, we need to do something about rooting out what's going on in houses of multiple occupation and make it clear to these landlords that we're not going to put up with it, and we're going to deal with it."

Councillor O'Mara was answering question on HMOs in the borough from Eltham South councillor, Eileen Glover at the full council meeting on Thursday evening at Woolwich Town Hall.