You are here: Greenwich / News / Chinese restaurant landed with Greenwich’s biggest ever fine 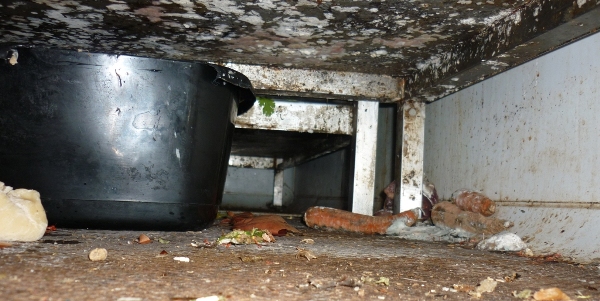 THE OWNERS of a chinese restaurant in Greenwich have been fined £54,000 for breaching food hygiene rules.

In addition to the fine - the largest ever given to a Greenwich business - the owners of Peninsula restaurant in Bugsby's Way will have to pay £2,600 costs and have been banned from running a food business.

The punishment was handed down by Judge Byers at Woolwich Crown Court on Thursday after the owners, Crestdane Limited, pleaded to guilty to 18 food safety breaches.

Greenwich.co.uk reported in February 2010 that the restaurant had been fined £13,500 for its poor standard of hygiene.

In April 2011, the restaurant was temporarily closed again after council officers carried out an unannounced inspection and found more evidence of a mouse infestation, including droppings near food, plates and even inside a roll of cling film.

Councillor Maureen O’Mara, Greenwich Cabinet Member for Community Safety and Environment said: “I applaud the verdict in this case and welcome the additional sanction that bans the owners from running a food business in the future.

“The hygiene conditions at this restaurant were an absolute disgrace. The key priority seemed to be placing profits over offering good quality food by operating with a blatant disregard for the health of their customers. We have tried to support the restaurant to clean up its act, but they have consistently failed to do so."

The punishment for the restaurant came just days before Chinese new year, and when Greenwich.co.uk checked this weekend, the restaurant was open and trading.