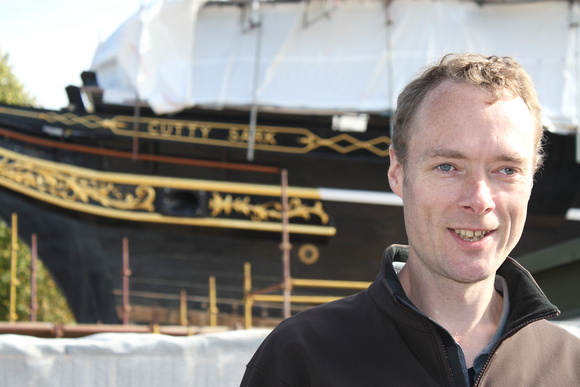 “If I was a young black man I would hate the police” says John Russell, Liberal Democrat candidate for the London Assembly speaking to Greenwich.co.uk last month.

“I would hate the police because I would know that I was ten times more likely to get stopped and at the moment we have black kids dying and to be honest about it because they’re not white and middle class they’re not seen as important. They’re not as important. If we had same number of killings happening against upper class white kids there would be outrage.”

John Russell is young, passionate, articulate, and outspoken. Maybe a little too outspoken. As I begin my interview with him we are suddenly joined by one of his party colleagues who I get the distinct impression is here as a minder.

As our companion looks on I ask John how he feels about the Liberal Democrats being in coalition with the Conservatives.

“I’ve had issues with the coalition on a personal level. I think a lot of Liberal Democrats have struggled with it. Not very many of us ever saw being in coalition with the Tories. Personally I find the Tories abhorrent in the main.”

“Look nobody who stood in London signed up to the coalition agreement. We are going to be to the left of that and it was very clear from the start”

It’s true that London Liberal Democrats have distinguished themselves from the party nationally. On the London Assembly they regularly attack the Mayor from the left, have formed a coalition with the Green Party and Labour, and their manifesto was described as “a properly liberal and progressive agenda” by the Guardian. Yet they have also campaigned against things which are arguably a direct result of cuts made by their party nationally. How does John manage to square those two things?

The Lib Dems have traditionally been a party of protest, picking up seats against whichever party happens to be in government at the time.

With that role taken from them, they have instead focused relentlessly on local issues. In this part of London that has meant campaigns on the closure of the Greenwich and Woolwich foot tunnels, and a campaign to highlight how much the council has spent on becoming a Royal Borough.

“I do think it was over the top. I have no issue with Greenwich becoming a Royal Borough. What I do have an issue with is the fact that they have been so secretive and have suddenly found such a lot of money. And for the ordinary resident in Greenwich, they got a fireworks display, there was a weekend where lots of lovely things were done, but generally a lot of people thought that it was a three day celebration for councillors, for people in power. And actually I don’t particularly get the sense walking around Greenwich that the average citizen thinks that money was well spent or particularly beneficial to local people.”

As part of this campaign John has attempted to get full costs for the celebrations from Greenwich Council. The council restricts public questions at full council meetings to two per person, and they can only be asked by residents of the borough.

"I have been putting in questions. 11 this time. They will not let me put in questions in my name as I live in Lewisham!"

Wasn’t this a misuse of council resources in order to further his election campaign?

John’s colleague jumps in: “it’s true that there’ve been a miraculous number of questions from the gallery which may or may not have been Liberal Democrats.”

So was John using assumed names I ask again?

“No” comes the reply from our companion.

“There’s nothing wrong with me putting in a question is there?” says John to his colleague, now looking a little worried, before quickly recovering himself:

“I work with local members so that I can get answers and where I can’t do that I put in Freedom of Information requests. I’m not writing questions and they’re going in verbatim I’m raising issues with Greenwich members and encouraging them to use the avenues available to them as Greenwich citizens to raise questions and I have absolutely no issue with that.”

Any protest votes in this election that John does manage to get will be against the Labour incumbent Len Duvall. I ask him what he makes of Duvall’s record as Assembly Member.

“Look I’m not into personally attacking other politicians that’s just not where I come from. I don’t think Len is the worst politician. I certainly don’t think he is the best. I think Len is very busy with certain projects, whether that’s his land company that he’s on the board of, or whether it’s being chair of the London Labour Party. To be honest in my canvassing in Lewisham and Greenwich I have not come across a single person who knows who he is yet.”

Would that be something he would change?

Is Duvall partly to blame for that?

“Look on Len’s website, actually he doesn’t have one, but look on his London Assembly site. Have a look at when his last press release was. He doesn’t have a website. He does a little bit of tweeting. He’s never produced a leaflet outside of election times. He doesn’t do much to stay in touch with voters. Frankly I don’t get the sense from Len that he’s fired up, that he’s passionate, that he cares, that’s he’s spending all day every day working to make improvements to Lewisham and Greenwich. I was a councillor in Lewisham for four years and he rarely got involved in issues. He wasn’t there on the ground.”

Another big issue for John locally is the Olympics. Although the party officially supports having the games in London, John is critical of many aspects of it:

“I’ll be honest with you against my party’s policy I’m not a huge fan of the Olympics. The Olympics are here. They’re happening. I think it’s great that Greenwich has Olympic venues but the security issues and the impact on the local citizens raises a whole host of questions. My primary concern is about the security impact of placing missiles in Oxleas Wood and Blackheath. Obviously the Olympics are a terrorist target and the government need to work with security personnel to make sure that citizens are safe during the games, but step back and look at what’s happening.

“We have more troops than we have in Afghanistan. We have the largest ship in the Royal Navy docked at Greenwich. We have surface to air missiles in three sites in London presumably with the power to shoot down any single aircraft of any type straight into central London airspace and this is a worry for residents. And I think that the military and the government need to be clearer and more open in communicating with residents so that they know what is happening and why it’s happening.”

Surely it’s better to be safe than sorry I ask him? What exactly is he worried about?

“I understand that the people guarding those missiles are unarmed and I’m actually worried that they’re going to end up in terrorist hands. What happens if there is an attempt to capture those missiles?”

It’s certainly an alarming prospect and one that John will have a chance to put to the organisers directly if he is elected. Why should voters choose him?

“At the end of the day what matters when you’re elected is not what party you’re from but do you talk to normal people, do you work hard, do you have sensible ideas, are you diplomatic and if you can tick all those off then you’re going to make a difference and if you can’t then you won’t. For me as a candidate in Lewisham and Greenwich that is what I aspire to do. To work hard, to be an effective politician and to improve the lives of people who live in the two boroughs.”

Elections to the London Assembly take place on May 3rd. Get more information from London Elects.

You can read our interviews with Green Party candidate Roger Sedgley and Labour’s Len Duvall here.