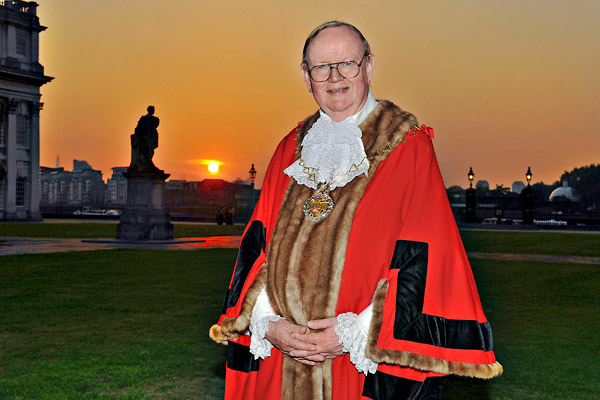 GREENWICH WEST councillor, David Grant, has been sworn in as the mayor of the Royal Borough of Greenwich.

He took up the post at a ceremony in the Painted Hall in the Old Royal Naval College last night in front of councillors and invited guests.

Councillor Grant has been on the council representing the Greenwich West ward since 1998.

Outgoing mayor, Jim Gilman, joked that in both the municipal years he had been mayor, Charlton Athletic football club had been promoted.