Julia set up Zenon Consulting in June 1998 and is currently Managing Director. As a senior HR practitioner with over twenty years’ experience in HR, general management and Board level roles, Julia combines national policy level access and thinking with a deep understanding of specific culture issues and their solutions. Julia was interim Director of HR at Greenwich Healthcare/Queen Elizabeth Hospital NHS Trust in 2000-2002. She is passionate about HR and its role in transforming people and services.

It really matters that people vote in Council election as local councillors can focus on local issues that affect all of us.

I am standing as Councillor in Peninsula because I am passionate about the area that we live in. Greenwich is a beautiful place and is visited by millions of people every year. There are thousands of people who live and work here and our role as councillors should be about supporting all of these people and to sustain a safe and vibrant Greenwich for all.

There are 2 things that immediately come to mind about East Greenwich – the view at the top of Maze Hill is stunning and the energy and tenacity of the local traders in East Greenwich.

If elected, what would be your priorities for the Peninsula ward over the next four years?

My priorities, if I was elected, for Peninsula ward are : 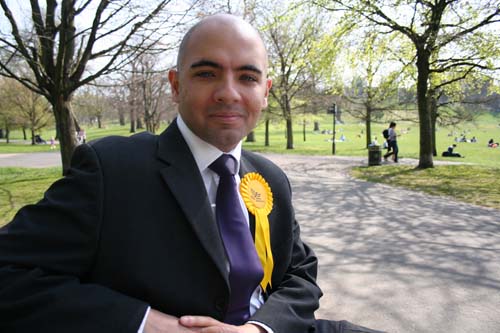 If elected, what would your priorities be?

I would bring around real regeneration of Woolwich and stop Greenwich town centre turning into something almost unrecognizable to many people, the area is fast disintegrating. I will change the area which works for the residents of the area, not exclusively for tourists. The town centre is aimed too much for tourists and doesn't reflect the needs and wants of local residents. As much as the local economy needs tourist money coming in, we need to strike a balance which works for local people. By doing this it will help bring new and original businesses to the area and not necessary businesses which strictly cater for tourists. Also I will be pushing for safer streets by providing more facilities for young people on their doorstep, to keep them occupied and aware from negative influences. Also to push for a higher level of policing throughout the constituency, this is a key issue when I am on the door step, people are becoming frustrated by a lack of police on the beat throughout the
constituency.

I'd like to know what the candidates would do about the Blackwall Tunnel closure, and what their views are on two-way traffic through one 1/2 of the tunnel.

I think it's unacceptable that Nick Raynsford allowed Mayor Johnson to commence work on the Blackwall tunnel without giving people any alternative while the tunnel is out of operation. Though I agree the work needs to be done to improve the safety of the tunnel. I felt Raynsford gave in too easy to Mayor Johnson and didn't lobby hard enough for a alternative.

Do you think that MP's should be allowed to have extra jobs and consultancies while holding Parliamentary office?

Why are you the only candidate to have withheld your full address in the official statement of declared candidates?

It's only a short term temporary property I live in at present as I am due to be moving any time now, the landlord has issues about me using the address which I have to respect. if elected, I will be moving into the constituency within 28 days.

Does your party support the Olympics in Greenwich Park given it would entail long closures of this vital amenity and potential damage to this World Heritage Site, not to mention the obscene cost, lack of legacy and transport problems?

Well, I feel the way same as many people throughout the constituency feel, they feel let down that the current MP took it upon himself to decide that the Olympics were good for the area without asking the residents of their opinion. It also sadden a lot of people that the leader of the council Chris Roberts didn't attend the important council meeting decider to hold Olympic equestrian events in Greenwich Park. All in all, residents wasn't given a choice about the games but as your MP I will vow to ensure the games are carried out with close scrutiny with everything the Olympic organizers do to ensure that the areas used are used with absolute minimal amount of short and long term damage, I will be very active in ensuring that the necessary closures are minimal we get the park back virtually how we gave it over. Finally, I want to see everyone constituent see the full benefits of the Olympics, not just residents close to where the games are being held but residents further afield in say Charlton or Blackheath.

What was the last book you read?

Are you in favour of joining the Euro?

Though I am keen of keeping close ties to Europe, I am not in favour joining the euro.

Greenwich Hospital have resubmitted plans to demolish the much loved market and surrounding areas and replace with a modern market, a shopping precinct and a 100 room plus hotel. The Liberal Democrats are against these plans and we are actively campaigning to protect Greenwich market and will be shortly issuing the council a petition. I will ensure that these plans are again thrown out and the market stays the way it is.

How would Greenwich be different in five years time if you, and a Liberal Democrat government, are elected?

Greenwich will be different for many reasons, the talented Liberal Democrat prospective councilors from all over the constituency will bring around a difference kind of politics, a type of politics where we value what people have to say, we will listen and act accordingly, there will be no disastrous decisions like the Olympics games coming to Greenwich, where no one was listened to and the council went ahead with the games without consulting residents prior, nor will we accept councilors who miss 35 out of 54 meetings in the past year like your council leader did, we will bring around positive change with a Lib Dem council which actually cares about the people and the decisions they will make on behalf of them. From a personal perspective, I will be a fully accountable MP who will always aim to be within reach of contact for all constituents, not someone who will be constantly doing various non constituency consultations as a form of extra income. I will be employed by the people of Greenwich and Woolwich to work for the people of Greenwich and Woolwich.

I promise to raise the standard of local primary and secondary schools in the area, so parents don't have to send their kids out of the constituency to obtain a decent education. Most secondary age kids in Greenwich are having to travel to Lewisham, which is fundamentally unacceptance and I for one don't stand for this any longer.

I work part-time as a freelance editor and also as cycle instructor in south and east London boroughs, teaching children and adults safe cycling. Previously I was a correspondent for Reuters, the international news organisation, working in Switzerland, Italy (including Vatican correspondent), Thailand, and Sweden.
I recently ran the London Marathon for the third time, on this occasion to draw attention to the plight of the polar bear with proceeds to the World Wildlife Fund. On another occasion I ran for the Mayor of Greenwich’s McMillan charity.

While canvassing for the LibDems I’ve also been handing out forms for people to register to vote, if they hadn’t already done so. When occasionally someone says “I don’t vote, all politicians are in it for themselves” or the like, I say “but don’t you think everything we do is political, and it matters that your voice is heard at the local and national level.”

I am standing in this election for the LibDems with fresh policies to challenge 39 years of Labour control of Greenwich Council which has become dictatorial, lazy and cynical.

I love the riverside and its shipbuilding heritage. We should do much more to promote our borough, its royal status, the Thames path from Thamesmead to Deptford.

If elected, what would be your priorities for the Greenwich West ward over the next four years?

If elected, and in consultation with my party colleagues, I would seek to give better value for council tax, investigate reversing the Labour decision to close Charlotte Turner primary school in Deptford, bring local people more into the planning process rather than imposing development on them. 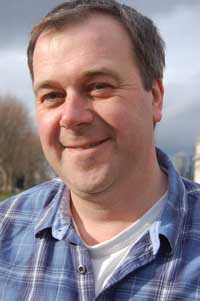 I've lived in the Greenwich area for just over 20 years, after finishing University and taking a job as a History teacher in a local state secondary school. I'm a keen fan of Northwich Victoria (which I know might not be too popular with local Charlton fans!) and I enjoy the odd game of golf, drinking with friends, reading and going to the cinema when I can fit it in. I'm also a member of a local drama group.

It matters that people vote in every election and sometimes council elections can be overlooked. They shouldn't be, though, because they affect so many aspects of our everyday lives; the schools our children go to, how clean and how safe our local streets are and the planning decisions that impact on how our area will develop in the future.

I'm standing to be a councillor because it's an important role and I want to play my part in making Greenwich a better place for all local people. I was a councillor for four years and enjoyed listening to the concerns of people and doing my best to help them. Being a councillor is the opportunity to give something back to the local community and to stand up for what you believe in.

There's so many things to like about Greenwich; the view right across London from the top of the park, pottering around in the market, having a drink in one of the many great pubs, the beautiful buildings that you stumble across round almost every corner. It's a great area and I'd be proud to represent it, were I to be elected.

If elected, what would be your priorities for Greenwich West ward over the next four years?

Listening to the concerns of local people would be right at the top of my list of priorities as well as working hard to protect the best parts of Greenwich and helping to improve those things that fall short of what we'd all like to see. Other than that, I'd want to see improvements to local schools so that everyone has access to the very best opportunities - we deserve nothing less.